The premiere presentation of the “HFT The Gardener” in Polan, a complex project, blurring the boundaries between art, nature, language, math, money and the traumatic Traum of history, being the flagship exemplification of this year’s Biennale motto – DRAFT SYSTEMS – by demonstrating an intricate concept of system’s infrastructure and possible consequences of its implementation.

Treister explores an intricate inner world of the fictitious British high-frequency trader, Hillel Fischer Traumberg (HFT). While observing the stock exchange rates flashing at high speed on the screen, HFT experiences hallucinations; he becomes a form of artificial intelligence capable of recognizing patterns on the basis of data. From this point on, he follows up on researching psychoactive substances that will help him unite his consciousness with heuristic computer intelligence and become a techno-shaman, and look at the world from another perspective: from an algorithmic perspective.

In addition to advanced banking techniques and market algorithms, Treister refers to shamanic rituals, Hebrew numerology, and Jewish exegesis. She settles the world of the imaginary narrator in a cyber-mindset, creating a feedback loop between the world’s market economy and esoteric. Using the ancient Jewish tradition of gematria, which attributes the numerical value to each letter of the alphabet, HFT calculates the numerological equivalents for the scientific names of various psychoactive plants that he cultivates on the rooftop of his house. He then compiles them with the names of the companies in the FT Global 500 index – a list of the world’s largest companies. Looking for common things, Traumberg starts sketching boards, diagrams and drawings inspired by the primitive works of Ernst Haeckel and Adolf Wölfli.

Through Traumberg’s kaleidoscopic lens, Treister composes a peculiar mixture of the seemingly exclusive worlds: high-frequency trading and the global financial crisis, algorithms, shamanic practices, gardening, the growing popularity and commercialization of the art brut, and the exploration of the essence of different states of consciousness, sense of reality, and self-experience in the context of spreading scientific hypotheses, including string theory and holographic principle. 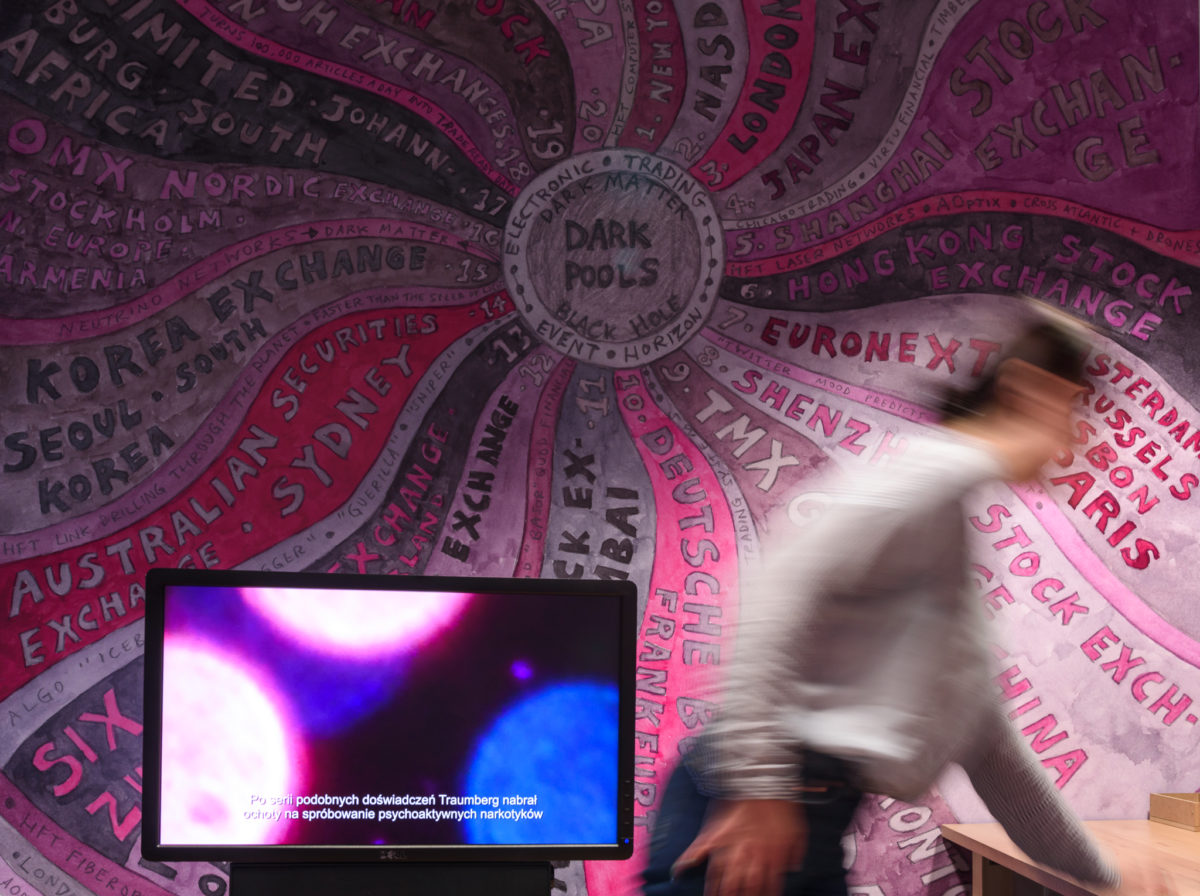 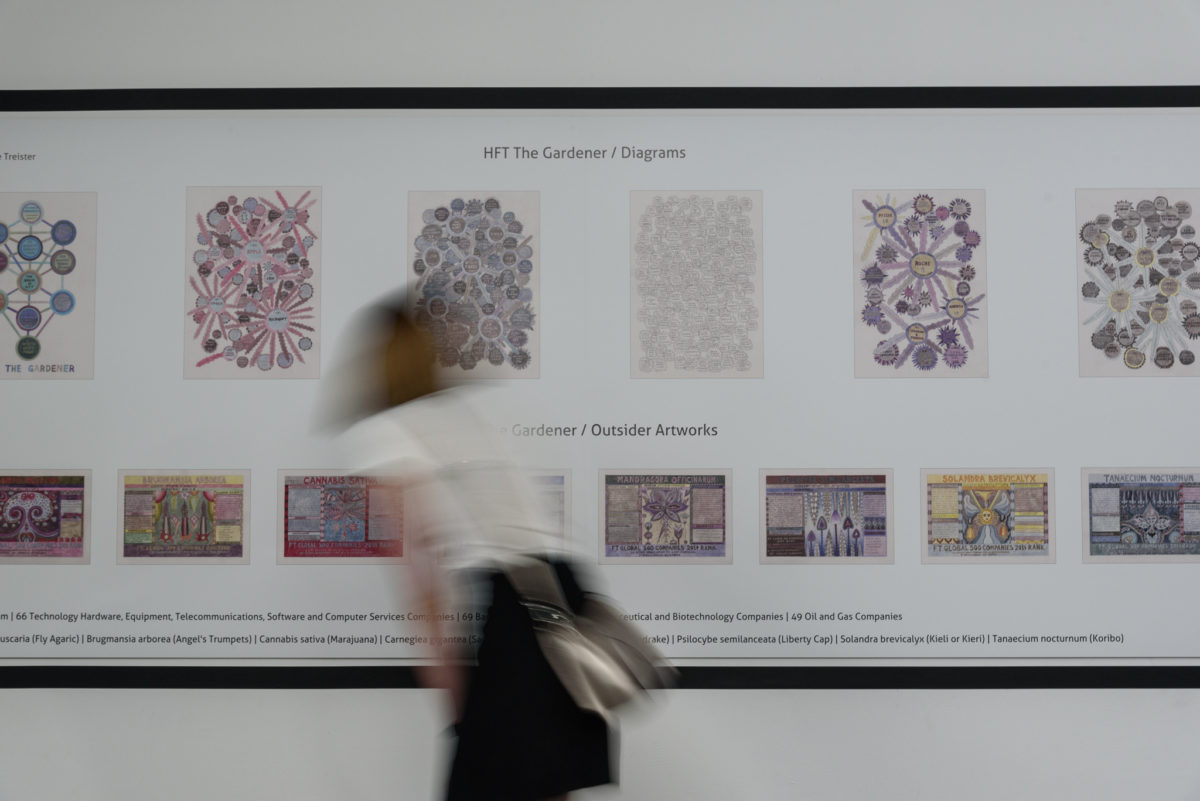 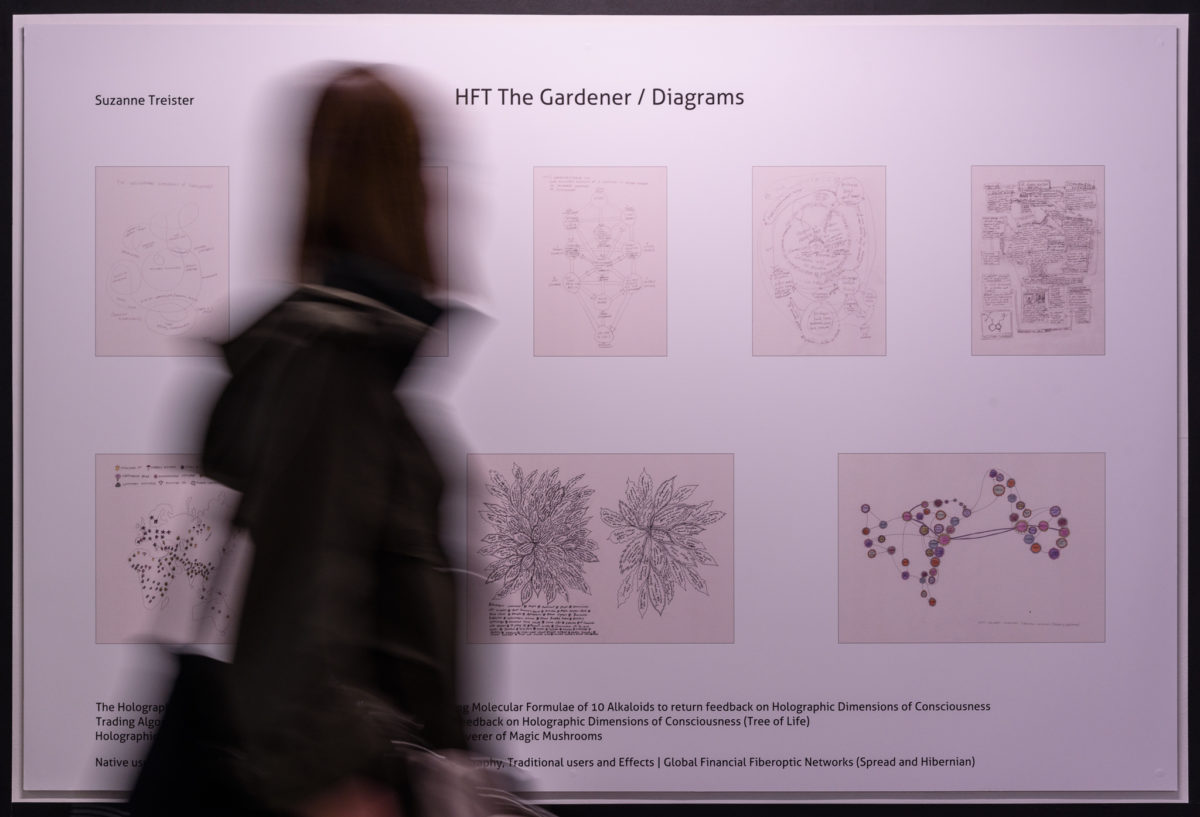 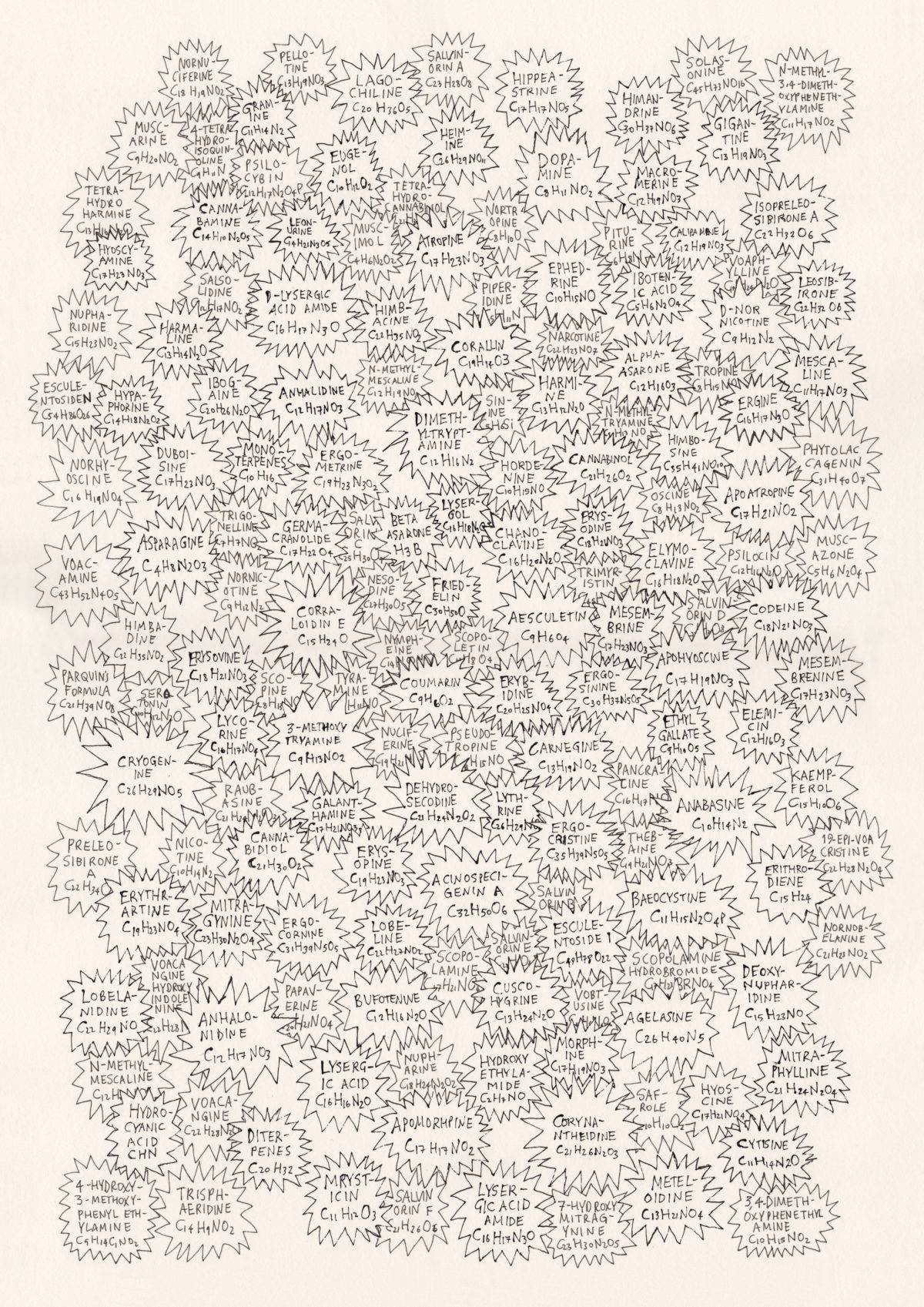 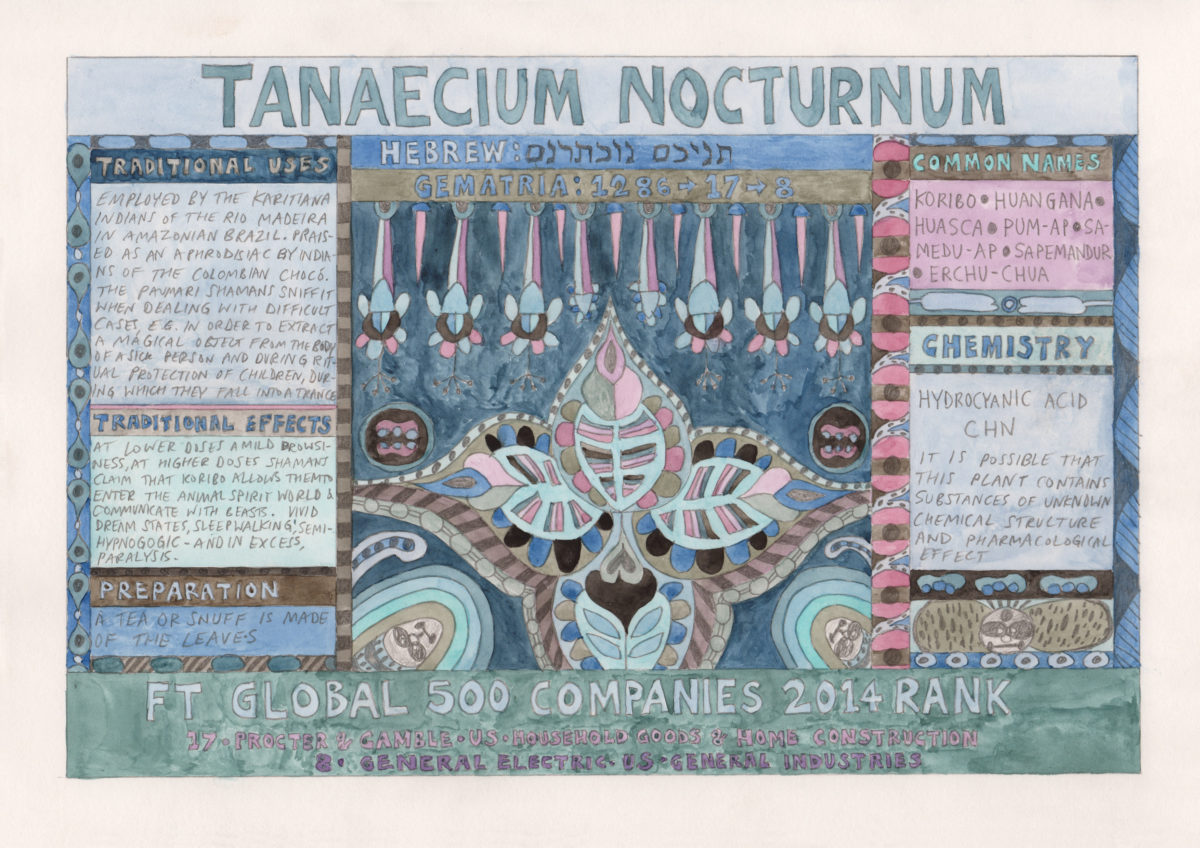 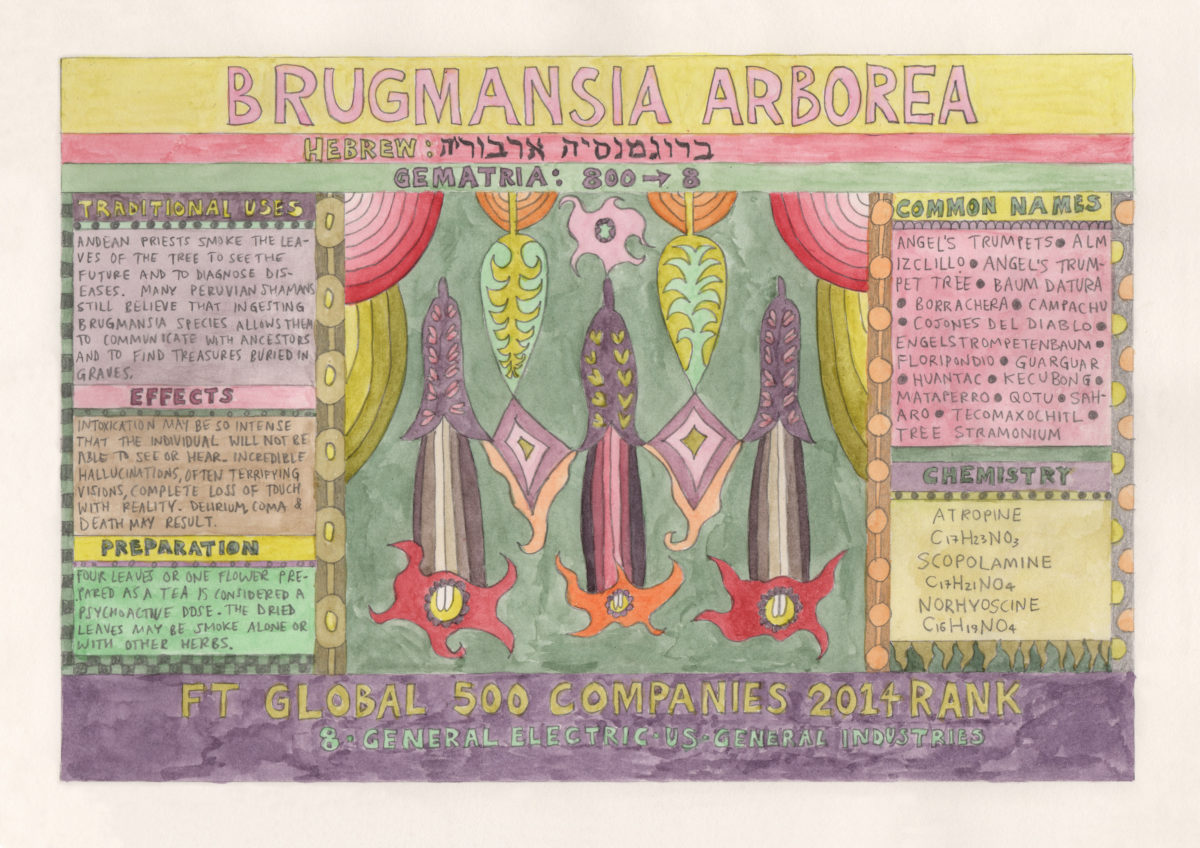 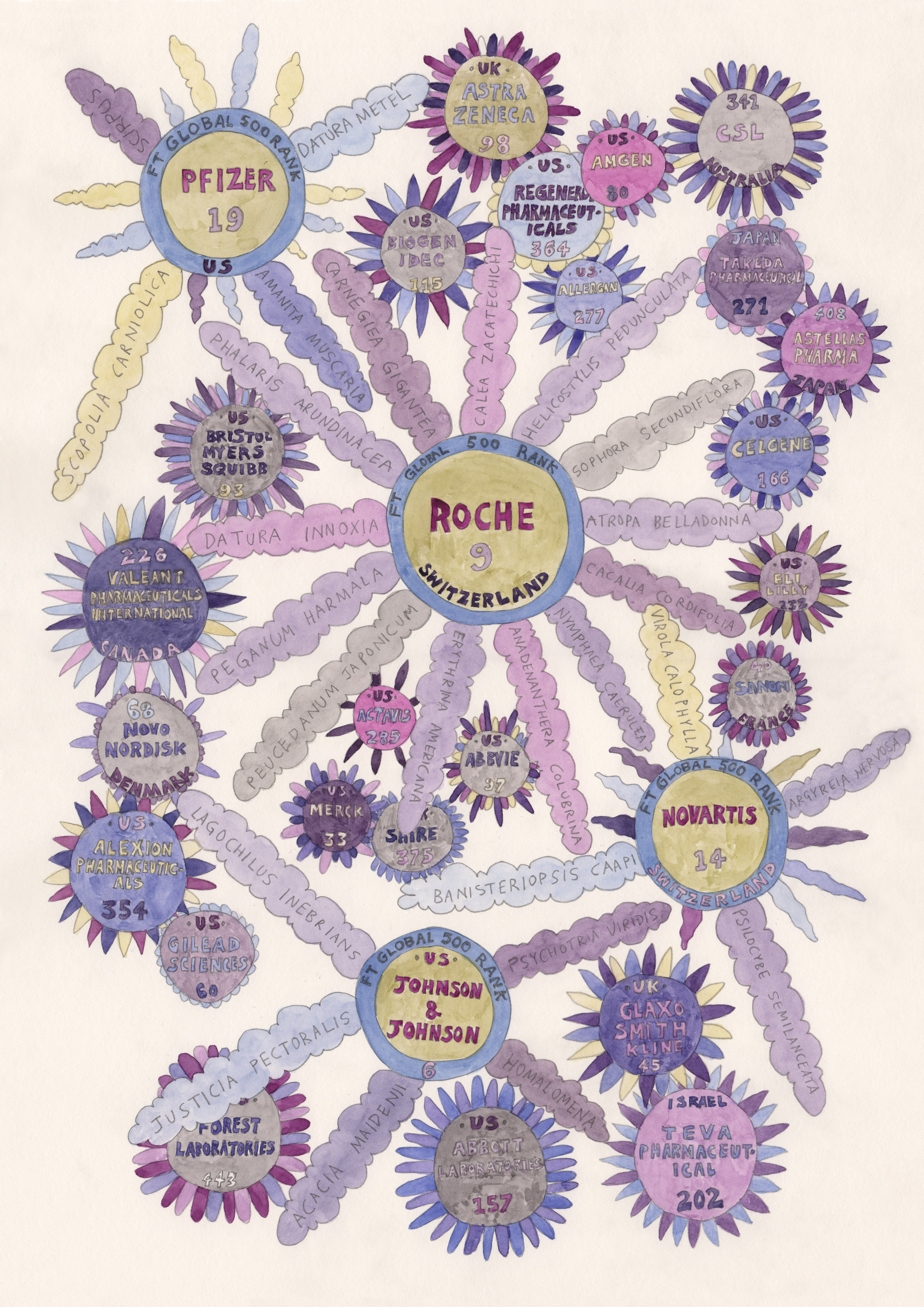 Cyanometer: Monument to the blueness of the sky – Martin Bricelj Baraga (SI) 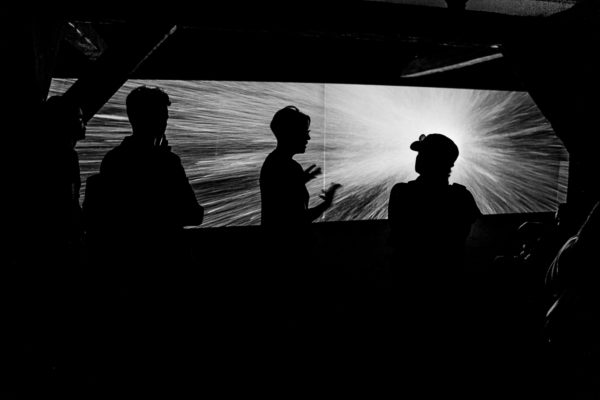