In parts intervention, documentary, document and music video, “Dup-boug-a-dad” features my friend, David Gunn. David loves to sing. Being deaf, he sings in his own language. This song is (at least in part) about lifting a cheerleader up with one arm, and he sang it while “hearing” his voice. This was made possible by his standing on a platform that vibrated in response to the sounds he made, translating his voice into a felt, tactile sensation. The video responds to his voice, and is created from footage of David practicing with a university cheerleading team.

Aislinn Thomas (CA), born 1981, holds an BA from the University of Guelph, and an MFA from the University of Waterloo. In her work and life, Aislinn is preoccupied with the question of how to be in the world. She culls material from everyday interactions, relationships and experiences to create performances, interventions, video, and text-based work that sense and make sense of the world and our place(s) in it. Aislinn has exhibited throughout North America, including CAFK+A and Nuit Blanche Toronto. She is the recipient of several awards including the C.D. Howe Scholarship for Arts and Design, and a Social Science and Humanities Research Council of Canada Scholarship. 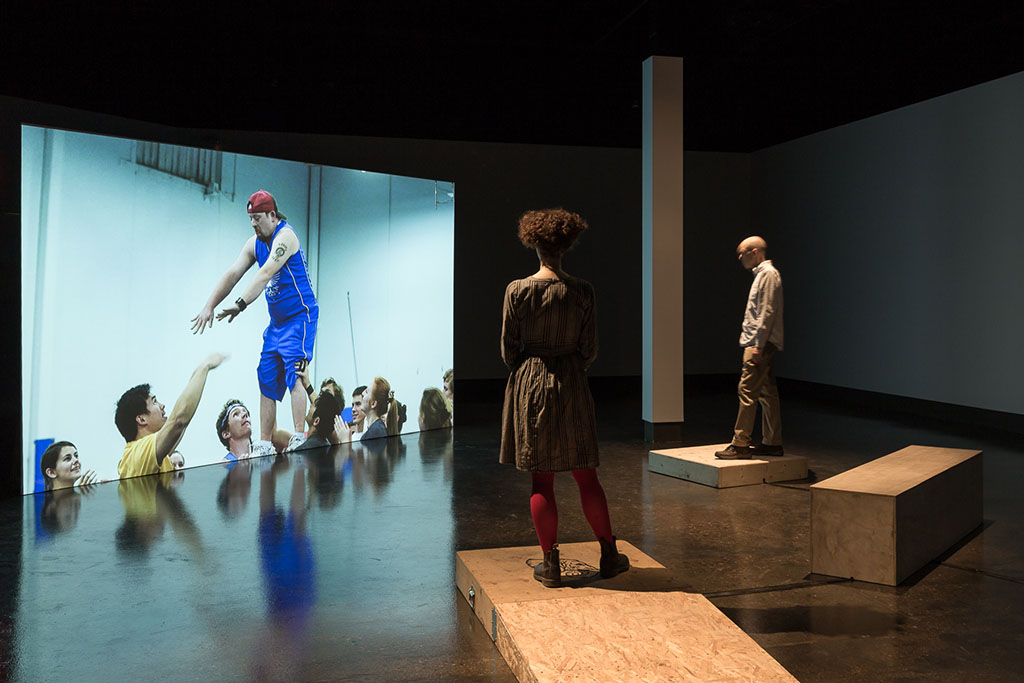