The premiere installation of the Wroclaw-based artist, Paweł Janicki, who cooperates with WRO Art Center on a regular basis.

“RPN” is an installation that explores the artistic potential of the reverse Polish notation for creating generative and interactive musical and visual compositions with the elements of “live coding” and interaction through the users’ mobile devices and use of the data downloaded in real time from the Internet and satellites.

The reverse Polish notation (RPN) is a mathematical notation in which every operator follows all its operands. For example, “2+2” is “2 2 +” in RPN. RPN was developed chiefly by Jan Łukasiewicz, a Lviv-born Polish mathematician and member of what has come to be known as the Polish School of Mathematics, the work of which is internationally considered to have contributed substantially to the advancement of mathematics and information sciences.

Janicki not only uses the reverse Polish Notation as a mathematical and artistic technique, but toys with the colloquial meaning of “the reverse,” understood as a repositioning of the existing order and a capacity to disagree and, generally, to go against the tide.

An important part of the installation is a piece composed in the SuperCollider environment and made available under the open source licence for further creative modifications.

Paweł Janicki (PL), born in 1974, a Polish independent media artist. Interactive director and producer working with the microsound aesthetics and algorithmic composition. Creator of audiovisual interactive systems, installations and performances, continuously developing software tools and interfaces. Uneasy to classify, consisting of improvised sound, live programming, communication protocols, and hacking, his works were presented at many prestigious festivals, events and places devoted to contemporary art, including Ars Electronica, Transmediale, and the International Media Art Biennale WRO in Wroclaw. He won numerous prestigeous awards, such as neatest.org by the Tokyo University Haramachida (2004) and the Gold Medal of the Prague Quadrennial (2015). His realizations have been listed by the Society of Algorithm among the most crucial events in the development of the genre. 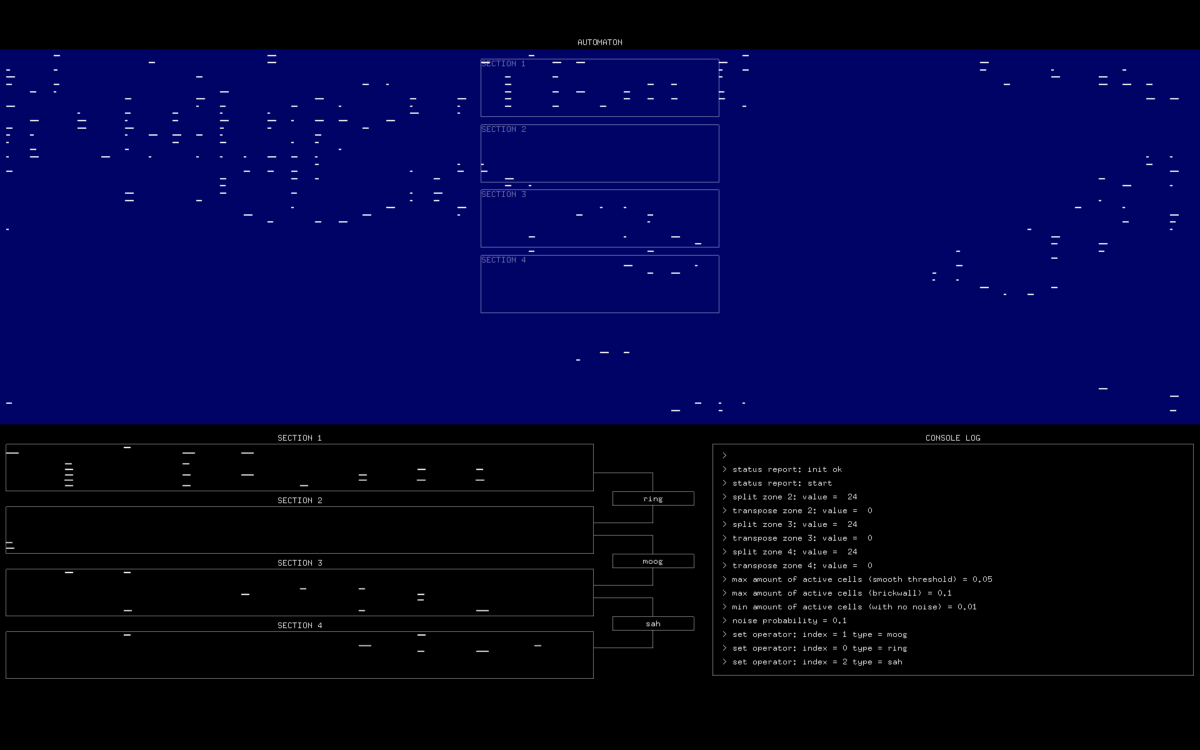 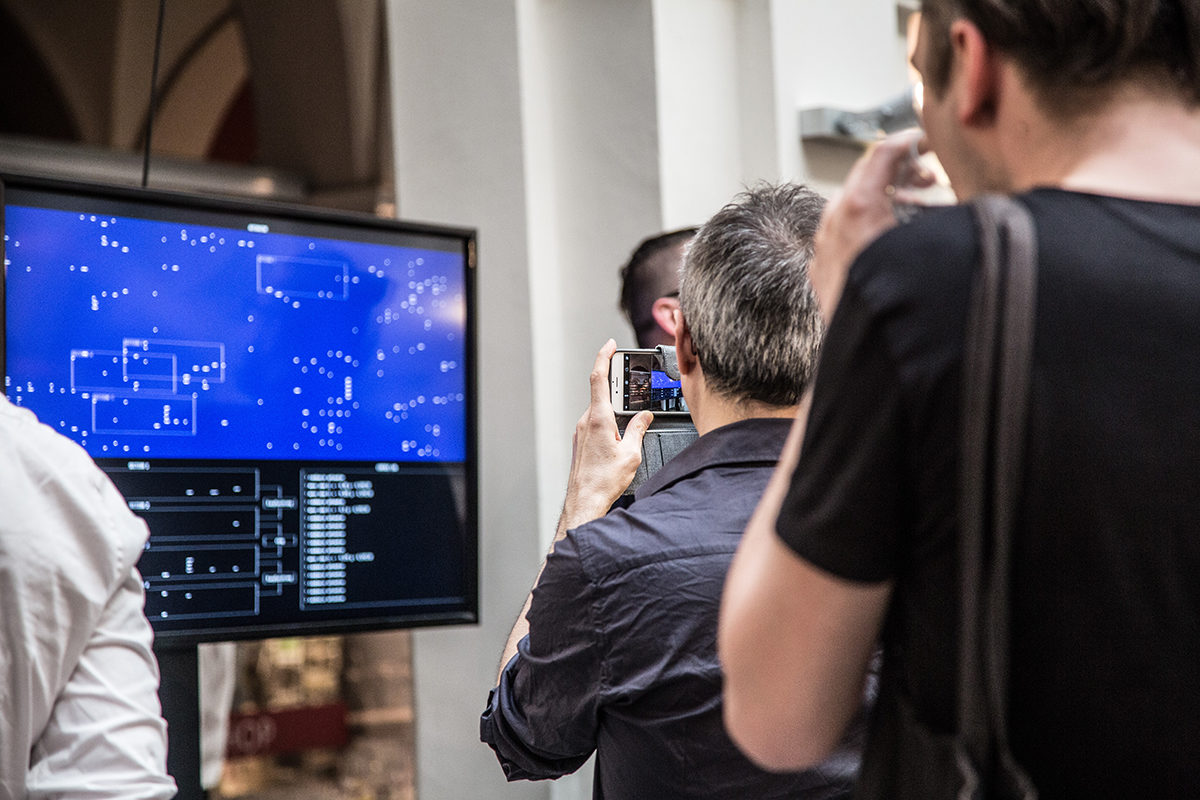 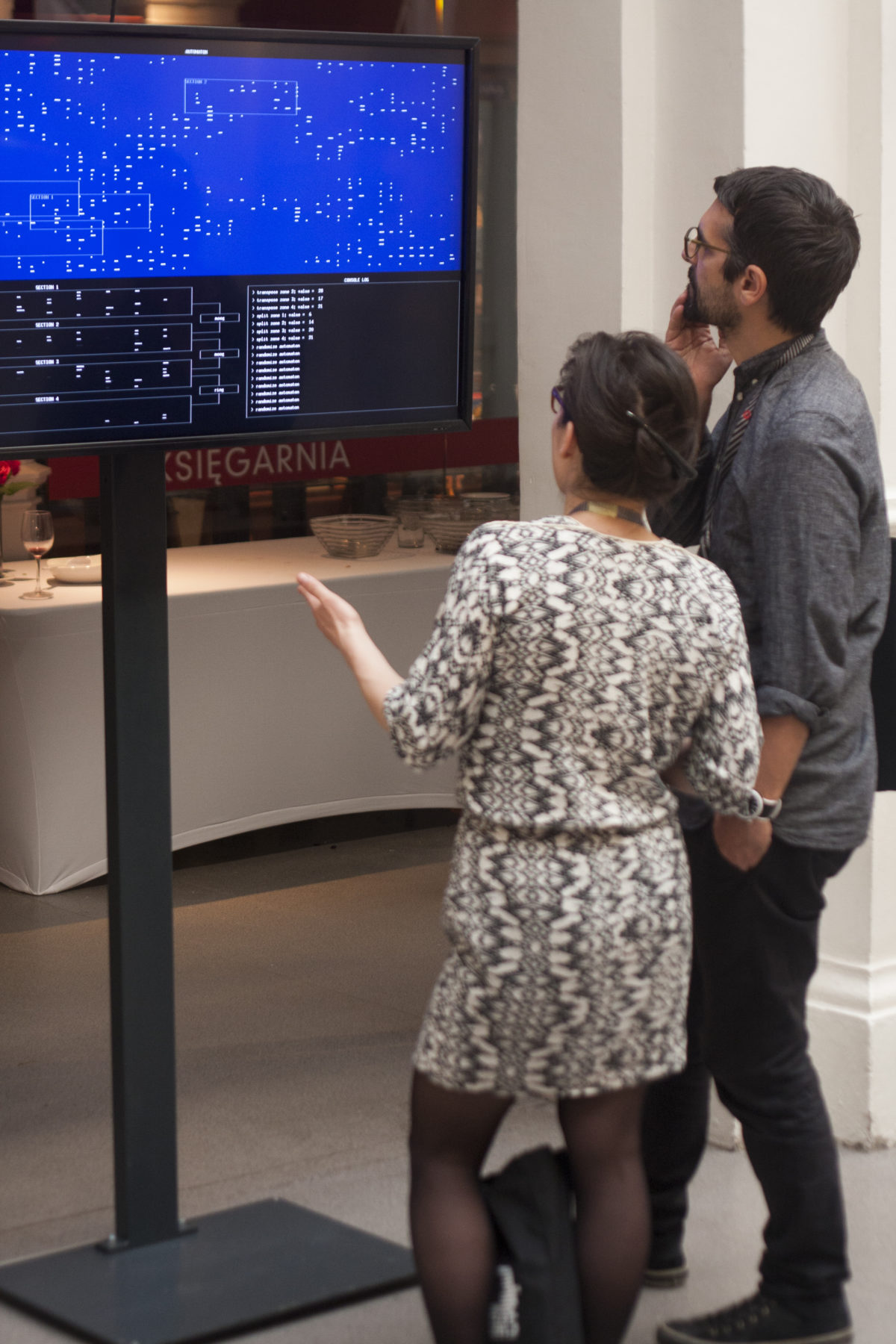