The “Obelisk Beta” is an Artificial Neural Network (ANN) that plays with the algorithmic generation of language. The basis of the work is the theory of meme and it’s transmittance within culture by imitable media, in this case written storytelling. All cultures develop complex explanations about observable phenomena, weaving motives, which are still prevalent in modern form. In the “Obelisk Beta”, the ANN iterates and constructs its own narrative about the reality by piecing together ancient myths and their modern counterparts – conspiracy theories. Learning and becoming a generative code that, in theory, could even without external intervention continue to serve as an ongoing practitioner of human ontological storytelling practices.

Natalia Balska (PL), born in Bielsko-Biała. She graduated in Graphic and Media Design from the University of the Arts in London. In 2014, she defended her master thesis entitled “Pigmalion: On the Reality of Relations Between the Man and the Machine”, part of which was the “B-612″ installation presented during the 2015 WRO Biennale as part of the First Competition for Best Media Arts Graduation Projects exhibition that Balska won. 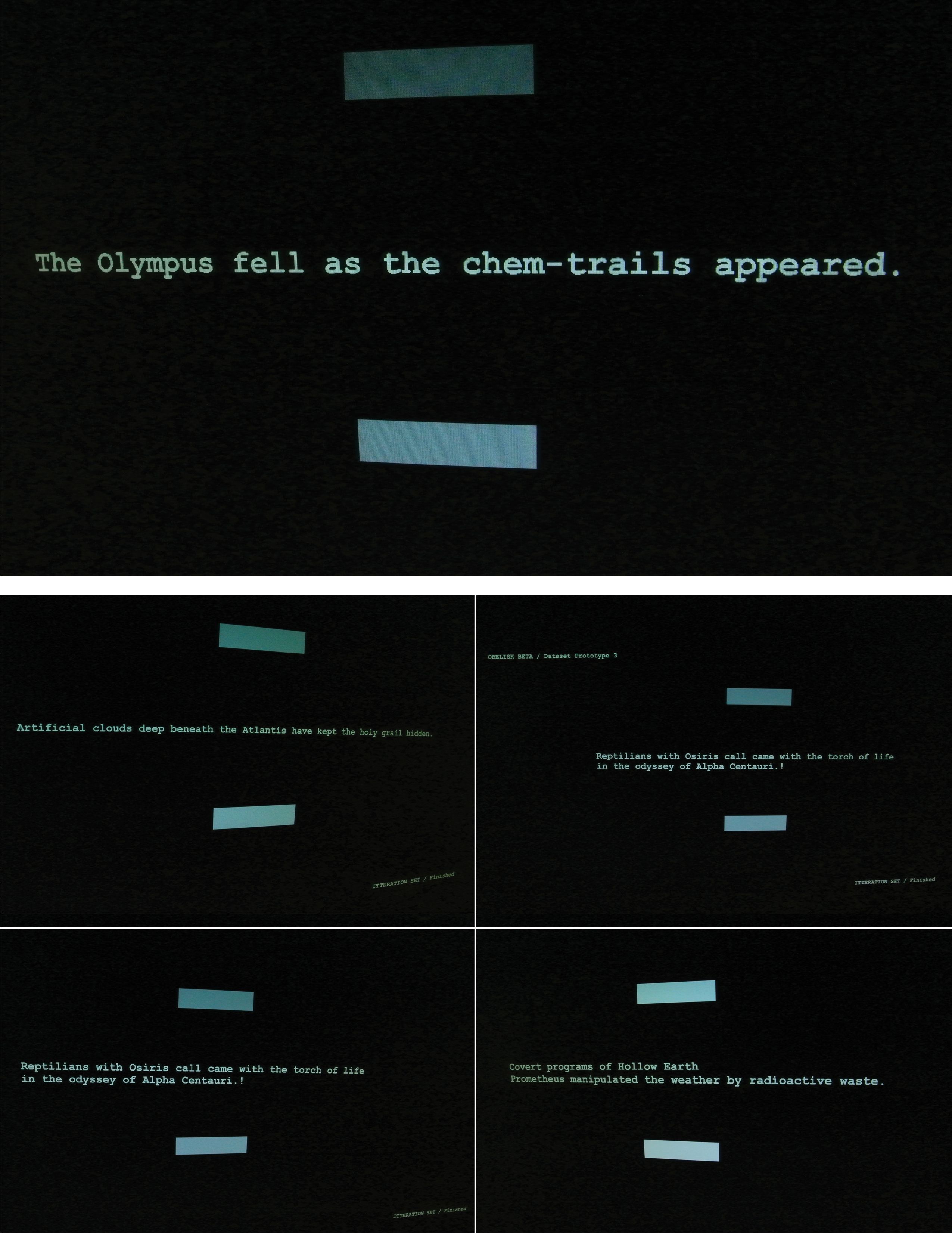 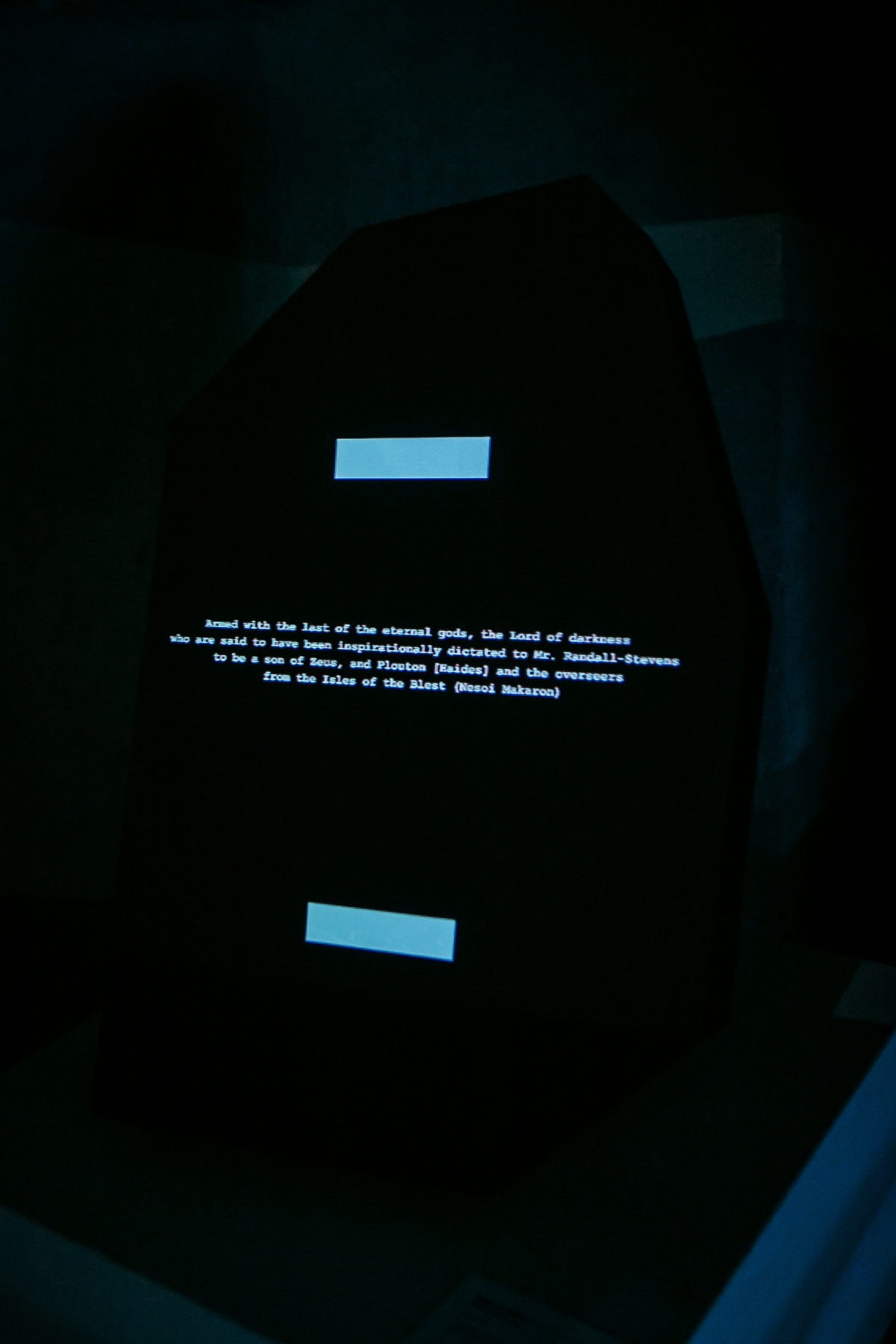