SUCH A LANDSCAPE – video program

This work is based on aerial attacks that Tanaami experienced in his early childhood. The more time passes, the more vividly this memory comes back, and always gives a strong stimulus and an inexplicable disquiet to his creations. The memory that could never be forgotten: the face of a cock running around to escape the flames, as well as the burning red of its crest.

Keiichi Tanaami (JP), born in 1936 in Tokyo, has been among the most avant-garde animated filmmakers since his debut in 1965. While still studying design at the Musashino Art University (Tokyo), he gained wide recognition, winning a special commendation from the JAAC (Japan Advertising Artists Club), one of the most prestigious design awards. After a short stay at the big advertising agency Hakuhodo, he became a successful illustrator and a graphic designer in 1960s. In 1975 he was appointed as the first artistic director of the Japanese edition of “Playboy”, and the audacious artistic content he brought to the magazine quickly established him as one of the major artists of the day. Although design has since been his main domain of activity, he has worked in a broad and diverse range of media, including painting, sculpture, printing, editorial design, performance and film. Several DVDs of his animations have been released both at home and abroad, and his films have been shown at festivals around the world, including in Hiroshima, Vancouver, Rotterdam, Edinburgh, Grimstad. He remains one of the most prolific independent creators of experimental animated films, and still produces at least one film per year. He has been also a professor of Department of Information Design at Kyoto University of Art and Design since 1991. 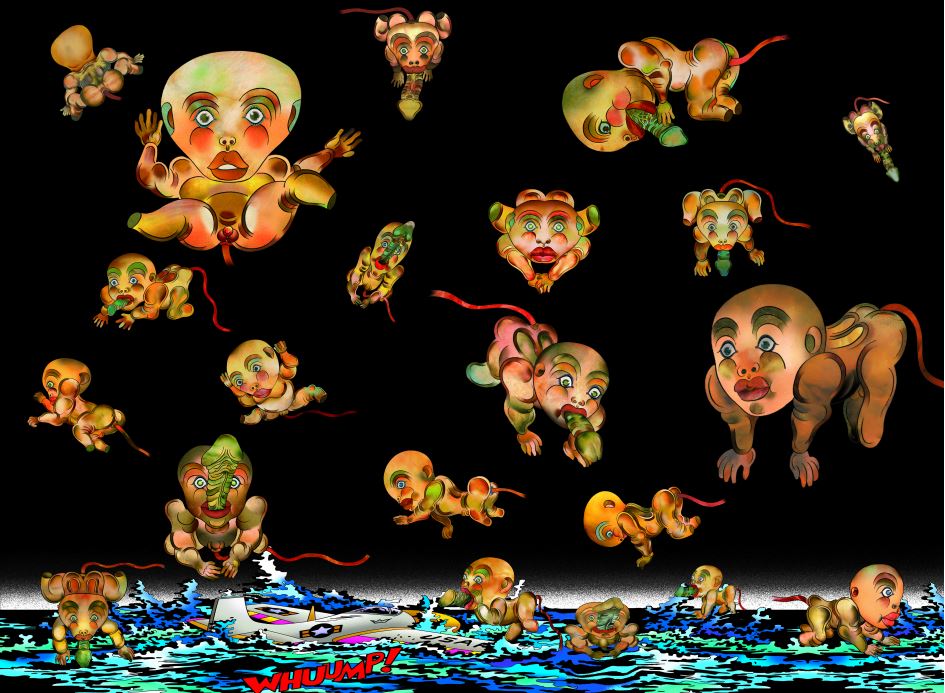